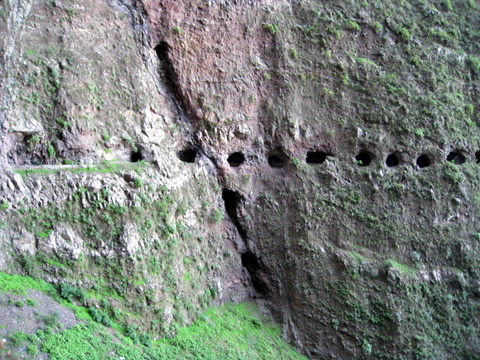 We are going to One Thousands Windows of Guimar.

Its 88 km from our Los Silos to the point of start
Its not long way due to the dozens of perfect Canaries roads.

We passed Guimar where the big Aloe factory situated. Its something as Grand Touristic Project on Tenerife. Everyone sell aloe cream, aloe water, aloe extract, aloe leaves ext. This succulent is so healthy that if you will not eat, drink, wash your body interior and superior you will obviously die!

But we have another plan.

Mill Ventanas de Guimar is an super engineering project. Long aqueduct was build on the vertical mountain wall in Barajas gorge. It was somewhere inside the mountain like a tunnel, somewhere just on the vertical slope like a line, somewhere also horizontally on vertical slope but with windows. This windows were needed for illumination and ventilation. And it were built 10 tunnels! The main length of aqueduct approximately 11 km. Water must be get to the 1000 m high and through the aqueduct rich all the neighborhood villages….. Engineering miracle never start to work! Never…..

First we need to rich re-translation station.  The road going to the mount. Just strait and up. Only strait and up. Angle may be 30%. Right side gorge, left side – living area with rare solitary houses, placed on small pitches of mountain slopes…. No ideas how this crazy people built this road and what they have in their heads to live here. My back is wet…. 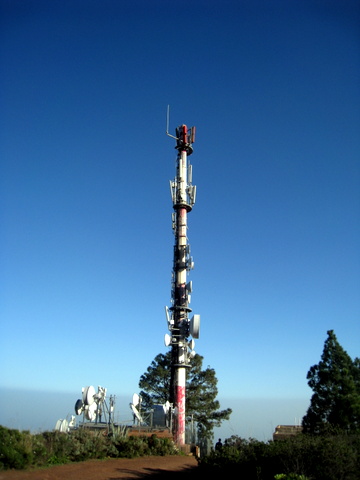 Ok. Re-translation. Somehow we parked our car and put huge stones under the wheels.

Time to go. Sun is very hot. One km very hard road up to the second re-translation. Then little bit ahead and turn right.
And awful sign – you will fall dawn to Barajas and You Will Die!!! In pictures, of course. 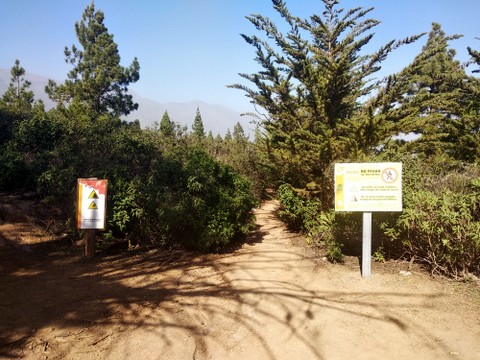 Its mean, that we find our road.

Narrow pass through the bushes. And i found the beginning of aqueduct. Now we will follow it. 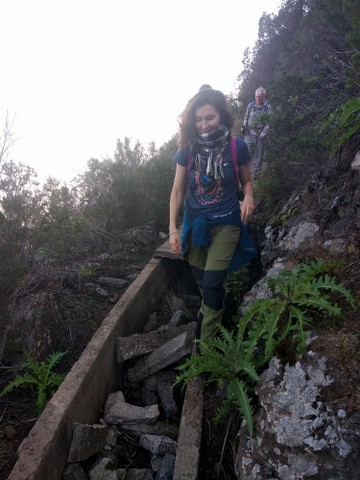 The aqueduct pass is on the edge of vertical slope. There are a lot of big plants and i am afraid that my backpack will catch plant and i fall dawn…. 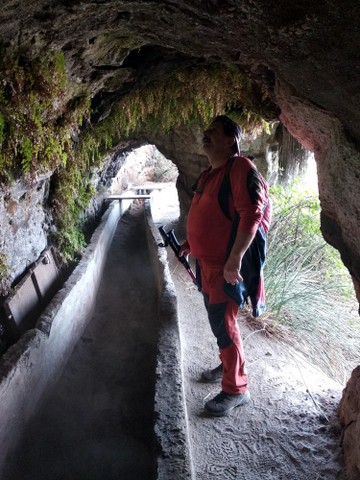 First tunnel is dark. But we have torches.
Between 1 and 2 tunnel broken caterpillar lie. He had bad trip one day….

Only in third tunnel first windows appears.  They are from the ground and there is no terrasse after them. Only long emptiness.
Each tunnel has numeration. 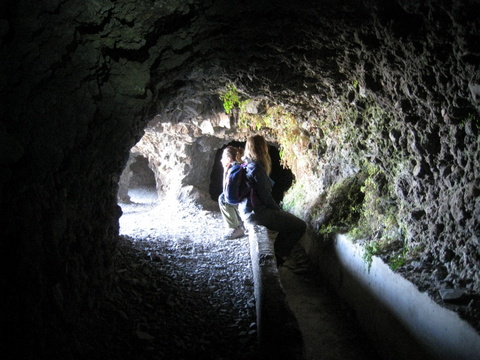 The most interesting is number 7. Here the mount has a turn and tunnel following the silhouette also turns. From one side clearly visible the row of windows – dark dots on the vertical wall more then 1000 m high. 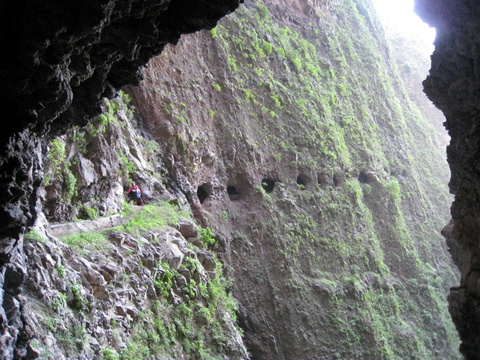 This is our point of turn.

We met not more then 5 persons. It was little bit complicate to get them pass…. 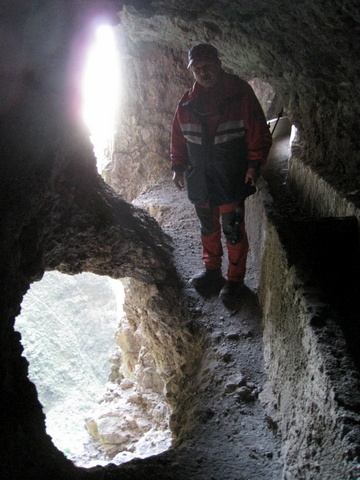 We returned to home late, tiered and hungry. Placed a lot of fish and shrimps on grill and ate them all with fruits and vegetables.