We have unnormal long flight. Even not one, but three. And now no one know what time of day we have. So, waiting in airports, sleeping, eating.

And now we are in Guatemala. Not all passengers left the aircraft. Part follow to Bogota.

The weather is perfect. Not cold, not hot.

To Antigua is 45 min driving by curving hilly roads. Up and down all the time.

Antigua is old colonials city with straight streets and multicolor small houses. Our Hotel Casa Florencia is not in the very center but only 10 min pleasant walk.

First is shower. It’s ok. Then bank. Here we have problems- long queues. We stand in one 40 min and realize that can change only 200 usd per each passport. But we can pay in every place in dollars.

Then we follow little bit between the orange- green- violet houses and old, destroyed by earthquake churches. Every house has inner garden. Sometime it possible to look inside. Sometime no. 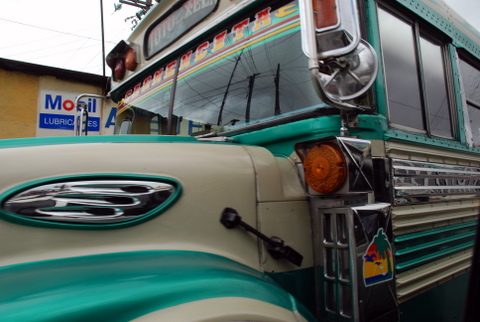 After perfect dinner we return to hotel for sleep in bed. We have tomorrow trekking to volcano.

Morning we met our guide Rafael who at first propose us to eat in Sky Cafe. I think we do something extraordinary because after this meal we receive only bread and jam with juice… So, we ate 1 kg of different kinds of meat, two huge salads, two fruit salads, drink 700 ml each of lemonade, ask coffee and two fried eggs…

After this we fall into the car and in 1,5 hours had been near volcano. Pacaya had eruption last year. There is no lava now. Volcano is sleep. But all agencies propose Pacaya showing photos of it’s eruption.

We start our ascending and in 2 hours where on 2300. There is like big shoulder where it’s possible to make camping. The soil is black volcanically sand with pieces of cold lava. While guide put on tent we made a circuit near fumaroles. After eruption appeared big crack till 2000 m. And now the white steam visible everywhere. There is no smell here. Steam is from under terrain hot water. Many dogs sleep near this warm places. Locals and tourists were everywhere.

When we returned the sundown stars. And already became deadly cold. We ate some cheese and ham and ducked into tents. The wind became stronger. It was really cold. We were the only tourists sleeping on the slope.

We need to start go on summit at 4.30. But huge cloud covered us. Visibility was zero. No sense to wake up. So, we stayed at tents till 7am. And then tried to see crater from the top. Summit was only in 35 min from the tents. It wasn’t the most pleasant walk – each step on steeply volcanically sand was hard to do. Ivan filled bad. On the top was very cloudy. We can see only edge of crater. We turned and run down. By the way we tried typical orange with salt and spices. Strange test but nice.

Our way back to Antigua wasn’t long. In few hours we sat in nice restaurant and eat meat.

Our way to start point wasn’t very long – less then one hour. Two more persons accompanied us – armed tourist police. This volcano is less visiting so we need an escort.

And we start our long ascending from 2350m. It’s became very hot and sunny. The slope was so steepy that it was painful put on foot! First we follow narrow passes between fields, then entered to jungles and tropical forest. It became shadow. We move may be 6 hours till arrive beautiful special place with view on Fuego volcano. It was 3700m. And it’s became cold. Our camping place was may be one of the best in my life- just opposite volcano, on the flat artificial area. Volcano smoked every 20-60 minutes. He through smoke different color and size. So, we have only one channel – Fuego volcano. When night fall dawn, we realized that smoke was red color near the crater and big peaces of lava rolled along the slope after each eruption. It was gorgeous! Sometime with wind came awful sound of volcano.

We waked up very early, at 4-40 and start our ascent to the top of Acatenango. It was really hard. The slope was extremely steeply and with volcano sand.

We arrived to the edge of crater at 6.00 just with sunrise! The view was so nice! Fuego was little bit below ( he has 3700m), we saw Santa Maria and Santiagita, San Pedro and Agua, lake Atitlan and even Tajamulco! Half of Guatemala! There was campsite inside Acatenango crater. But without any view and extremely cold at night.

In one hour our friends arrived.

It was hard. We cannot understand how we can ascent this yesterday ! Sleepy sand help us the way down – we made foot skiing! And it’s help!

But at finish point we had been deadly tiered. even Rafael was very slow and silent.

In one hour we returned to Antigua and entered to our new hotel in the center. It was awful – one window in the room looks to corridor. This was not real window, but parts of glass, which you can turn to make ventilation. And next wall was cinema… During next hours I hear all sounds of cinema, then disco starts and then people start to return. It was 3am. We need to wake up at 3-10. Our car was at 3-40. I was completely destroyed!

I slept in car till Atitlan lake. At 6-30 boat came to pick up us to San Pedro. (It wasnot personal boat. ) We need to start from there trekking to San Pedro volcano (3020m). Rafael ask us not to take out our cameras. And he begin to tell for everyone that we will not go on mountain. Just walk around. It was strange.

All around shore of the lake there are beautiful modern rich houses. They belong to foreigners. All lake looks like Italian midditerrian. But no roads to get houses. only by boat.

San Pedro is small pretty town full of drugged people. We richer by car to the entrance of volcano park. Here it is our road.

Then our ascent starts. It was very steeply. All slope was in specially made steps. And all time with view on lake. We passed coffe plantation, jungle forest. Up and up. Very steeply. 1170 m up to the top.

In 3 hours we reached the summit. There were big stones, perfect view and pasta with vegetables from Rafael. Also he gave us fruit salads.

Our way back was dramatically long and painful. Slava and Fedir cannot move more. So, descending was also 3 hours. We became Harry to catch the last boat. Just near boat station there are some art galleries with typical pictures. They are 2-3 times less in prices then in Antigua.

At evening we had been in our hotel on another side of lake. Actually, that was not a hotel. It was dirty den for overnight. I think, belongs to French people. Usually they like propose for tourists smth like this…

It was 31.12 and we follow to clothes restaurant. The food was very delicious!

I was waked up in 23.55 by cannonade I never hear before. I think the same was near Stalingrad during WW11. it’s continues not less then 30-40 min. Each meter of city send into dark sky thousands of fireworks! The air start smell bad.

This night we slept not a lot of. At 4am we left this small city and follow to Quetzalquenango. There we left Fedor and Slava again in smth like bad hostel. Our way was to Tajamulco- the highest volcano of Guatemala. The way was long. Two hours more. ( but only 50km). There were cloudy , windy and cold. When we stop to take a breakfast, Rafaello proposed to us just bread and marmalade! It was awful! I show him eggs and proposed ask to boil them. Also there was hot coffee. Not bad! It was 1.01. People just wake up. There were a lot of drunk people.

After breakfast we start ascending. From 3050 to 4220m. Really, we didn’t want to do this- visibility 20m, strong wind and cold. But we start.

We didn’t know, that Tajamulco is very popular in Guatemala. There were many people who spent New Year night on slopes, especially young people. We met families with children follow to the top. It wasn’t difficult. Last 250 m were awful- just rocky wall. And on altitude. Totally we spent 3:20 hours to get summit. And we were lucky – clouds went away and we saw half of Guatemala. Even ocean!

It was time to return. Rafael ask to make relaxing trek next day. Not Santa Maria volcano. We agreed. We saw many beautiful places.

So, in Qetzalqenango we just walked around central place. It’s really nice with the rest of 15 century church.

Morning the weather changed completely – it was rainy and cloudy. So, we just visited the most famous church in Guatemala. It’s yellow color with many sculptures. But this sculptures are like children naive art. It’s so unusual that we cannot go away!

We also drunk traditional fresh orange juice with two fresh eggs and salt(!). Strange. But you cannot fill yourself hungry after such a cocktail!

Then we returned to Antigua, to our hotel Casa Florencie. It was as well quite and friendly. 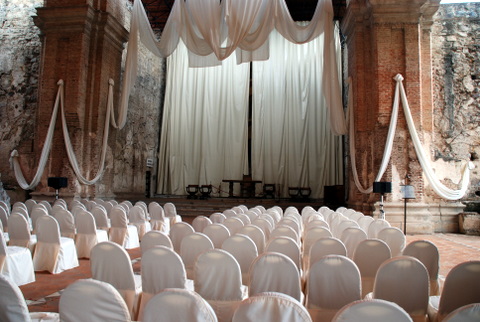 But now we start our motorcycle adventure.